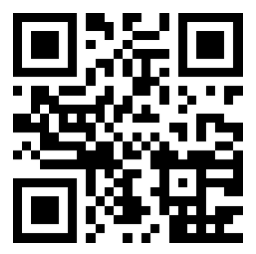 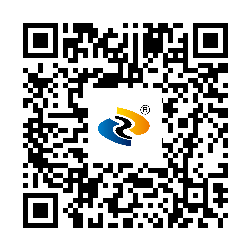 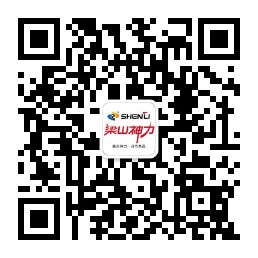 Home page
>
News
>
Industry News
>
The top ten brands in the world of trailers, know that five are old drivers

The top ten brands in the world of trailers, know that five are old drivers

Author:
Source:
Release time：
2019/07/11
[Abstract]:
Before the topic started today, I would like to first wish all the divine people, divine customers, suppliers, Mid-Autumn Festival, and family joy.

The top ten brands in the world of trailers, know that five are old drivers
Before the topic started today, I would like to first wish all the divine people, divine customers, suppliers, Mid-Autumn Festival, and family joy.

● First place: China CIMC has maintained the number one position in the world in the trailer manufacturing industry for more than ten years.

CIMC Group, the full name of China International Marine Containers (Group) Co., Ltd., is a group of enterprises providing logistics equipment and energy equipment for the global market, mainly engaged in trailers, road transport vehicles, energy and chemical equipment, marine engineering, airport equipment and other equipment. Manufacturing and service. In the trailer manufacturing industry, CIMC has maintained its number one position in the world since 1996.

Vanguard is a symbol used by CIMC's US trailer manufacturing plant

In 2003, CIMC acquired Hpa Monon, the No. 8 trailer manufacturer in the United States, and formed CIMC Vanguard, the first company of CIMC North America. CIMC also established CRTI in the United States in 2009. The company, CRTI, mainly undertakes and assembles the components of the CKD (Completely-Knocked Down) produced by its parent factory, Qingdao CIMC Cold Car. The assembly plant is located in the Vanguard company. CRTI and Vanguard are sister companies in the United States, and the investment relationship belongs to CIMC USA.

At present, CIMC's trailer business has 25 factories and 13,000 employees worldwide (10,000 in China and 3,000 overseas). In 2015, the total revenue of the CIMC trailer business was US$2.13 billion (China's sales were US$970 million, North American sales were US$736 million), net profit was US$101 million, and sales of trailers were 100,334 units, ranking the world's trailers with a 10.5% share. First, including the market share in the Chinese market and the US market ranked first.

● Second place: US Wabash National composite board products are in the leading position in the industry

In 2015, Wabash National sold a total of 62,950 trailers, accounting for 6% of global trailer sales. The company's composite panel products are currently in the leading position in the industry.

Schmitz Cargobull (Schmitz) is the largest manufacturer of trailers in Europe. It is also known as the elephant of Europe by Chinese counterparts. The logo of the company is painted with an elephant. Germany Schmitz Company was founded in 1892 and began to produce semi-trailers in 1935. Refrigerated and insulated cars, side curtain vans, dump trucks and container trucks are his core products.

In addition to Europe, Schmitz's business is also located in North Africa, Australia, Kazakhstan, Mongolia and other places. In 2010, Schmitz Company found the Chinese partner Dongfeng Motor Co., Ltd. On November 16, 2012, Dongfeng Motor Group Co., Ltd. and German Smith Co., Ltd. officially signed a strategic cooperation contract in Wuhan for the semi-trailer joint venture cooperation project. . At the end of 2013, the new plant of Schmitz and Dongfeng Motor's joint venture company laid the foundation stone in Wuhan Economic and Technological Development Zone, marking the official entry of Schmitz into China's trailer market. So for the name of Schmitz, the card friends should have some impressions.
In 2015, Schmitz sold a total of 53,000 trailers, accounting for 5.6% of global trailer sales.

Great Dane Trailers (Da Dan Company) is a US manufacturer of dry cargo trailers and refrigerated trailers, established in 1900. The company has long been recognized as an industry leader in technology, innovation and quality. Headquartered in Chicago, Ill., the company has a head office in Savannah, Georgia, with manufacturing sites and parts distribution centers located throughout the United States. Dadan's own branch office, its independent full-line distributors and parts distributors throughout the Americas, provides a huge sales network for trailers and accessories.

The Great Dane (scientific name: Great Dane), also known as the Great Dane, was once raised by the European royal family and nobles. It is a symbol of the status of the nobility. It is used by the logo of the company. In 2015, Great Dane Trailers sold a total of 51,500 trailers, accounting for 5.4% of global trailer sales.

Hyundai Translead (Modern Translead) is a manufacturer of dry goods, refrigerated trailers, domestic containers and container chassis in North America. Founded in 1989, Hyundai Translead is a wholly-owned subsidiary of Hyundai Motor Company and is headquartered in San Diego, California.

Krone (Claunet), as a family business, has been passed down to the fourth generation and is one of the three brands with the highest market share in Europe. Claude enjoys the reputation of “European Trailer Emperor”. Claude produces a wide variety of trailers and has a good reputation among users. Its sales volume is 30% in the German market, and sales in overseas markets such as Western Europe, Russia, and the United States account for 70%.

● Eighth: One of the top quality trailer manufacturers in North America, Stoughton Trailers

Founded in 1961, Stoughton Trailers is one of North America's leading manufacturers of trailers.
In 2014, Stoughton Trailers filed a complaint with the US Department of Commerce. The company said that the 53-inch container produced by China CIMC had a dumping margin of 84.07% in the United States, while Chinese manufacturers and exporters received government subsidies that exceeded the allowable range. The US Department of Commerce then exported 53-foot dry cargo containers to China. Initiating anti-dumping and countervailing “double-reverse” investigations, the case was finally ended by CIMC’s victory.

● Ninth place: Germany Koegel had had a cooperative intention with Weichai but could not make it.

Koegel is one of the three largest trailer manufacturers in Europe. Since its establishment in 1934, the company has produced more than 500,000 trailers. With solutions in the commercial vehicle and transportation and construction industries, the company has over 75 years of engineering mark quality – “Made in Germany”. The headquarters and main production sites of Kaugeer Trailer Co., Ltd. are located in Buttenbach, Bavaria, and in New Ulm, Duinen, Dazhao, Moscow (Russia), St. Petersburg (Russia), and Turkey have factories and bases.

● Tenth place: the rising star of the Welton European trailer industry in Poland

Wwelton is the largest trailer manufacturer in Poland. Founded in 1996, it is known as the rising star of the European trailer industry. Its main markets are located in Central and Eastern Europe and Central Asia.

In 2015, the total sales volume of global trailers was 952,715, and the total sales volume of the top ten companies was 447,184, accounting for 46.9%, and the industry concentration was very high. At present, the trailer manufacturing industry in the United States is dominated by five brands: CIMC, Wabash National, Great Dane Trailers, Utillity Trailer, and Utillity Trailer. The European trailer manufacturing industry is dominated by three German companies – Schmitz, Krone and Kogel – and Wielton in Poland is gaining momentum and is currently ranked fourth, Schwarzmüller, Three companies, Tirsan and SDC, formed the second echelon, and they were not much different, but far surpassed other competitors in the industry.
We can also see that some of the top ten foreign trailer manufacturers have been active in the Chinese market in recent years. After CIMC established its leading position in China and the US market, it is also a must for the European market. It will not be calm in the next few years.
This article reprinted from the network copyright belongs to the original author